In 2004 a type of ladybird was inadvertently introduced into the UK , probably carried on the wind This was the Harlequin Ladybird (Harmonia aryridis) often called the Asian Ladybird. This ladybird was introduced into North America in the 1980s as a method of pest control for crops.These are bigger than our native ladybirds and ferocious, they out compete our native ladybird species and will also prey on them.

The Harlequin ladybird can have 100 different colour patterns they are larger and more domed than the native species. 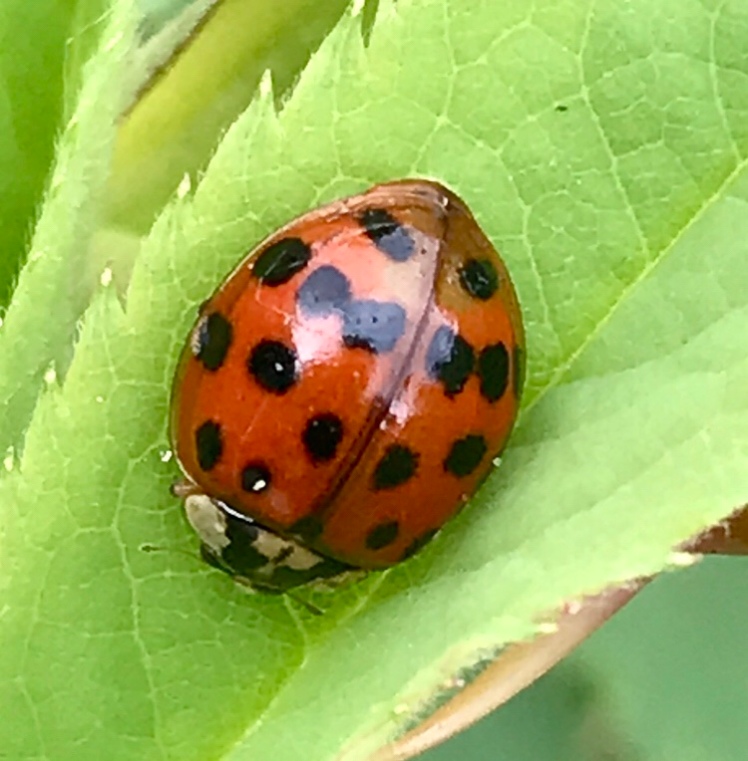 This one was in some shrubs near the shops yesterday.

The spread of this ladybird has been incredibly quick,it took the grey squirrel 100 years to spread through the UK, it took these ladybirds only a decade. They are found in all parts of the UK originating from the Essex area. They are not as commonly found in Scotland.

The Harlequin invasion is held responsible for the decline of seven native species of ladybirds and a drop of 44% in the two spot populations.

They are not dangerous to humans but they do hibernate in houses and other buildings and very large numbers have been found sheltering in buildings.

On a positive note they do prey on smaller insects such as aphids that are pests to gardens and crops.There is evidence that native insects have adapted to prey on Harlequins.

Through the spread of this successful insect scientists have studied how they are spread and are developing their knowledge on invaders and the control of them in the environment.

One thought on “Ladybird Invaders”