We have travelled over the Cotswolds, at the high point the fields were full of partridges but not a pear tree in sight.

It was a drive full of birds, Red Kites, Buzzards , flocks of birds high up floating over fields and plenty of bumbling wood pigeons feasting as they bumbled.

We have been staying just the other side of Cheltenham under a tree covered ridge.

The organised moles Caught my eye with their very straight roadway of hills across the ridge and furrowed field. 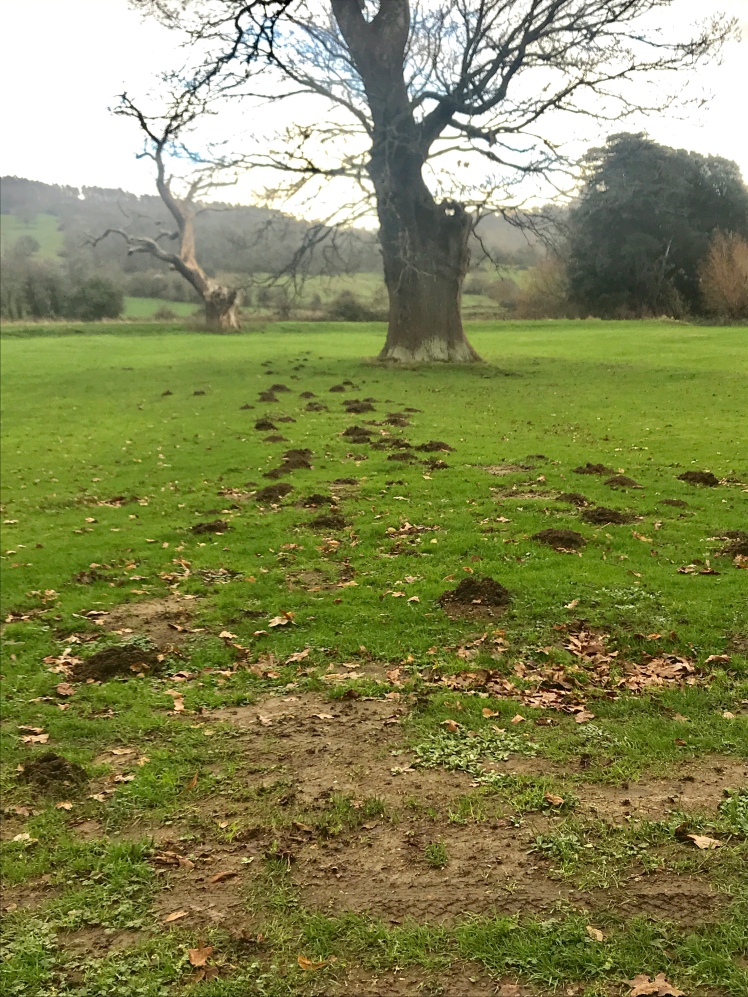 The field has two fantastic trees, an Oak with lightning damage and a completely dead tree which was slowly being broken down by beetles, fungi et al. 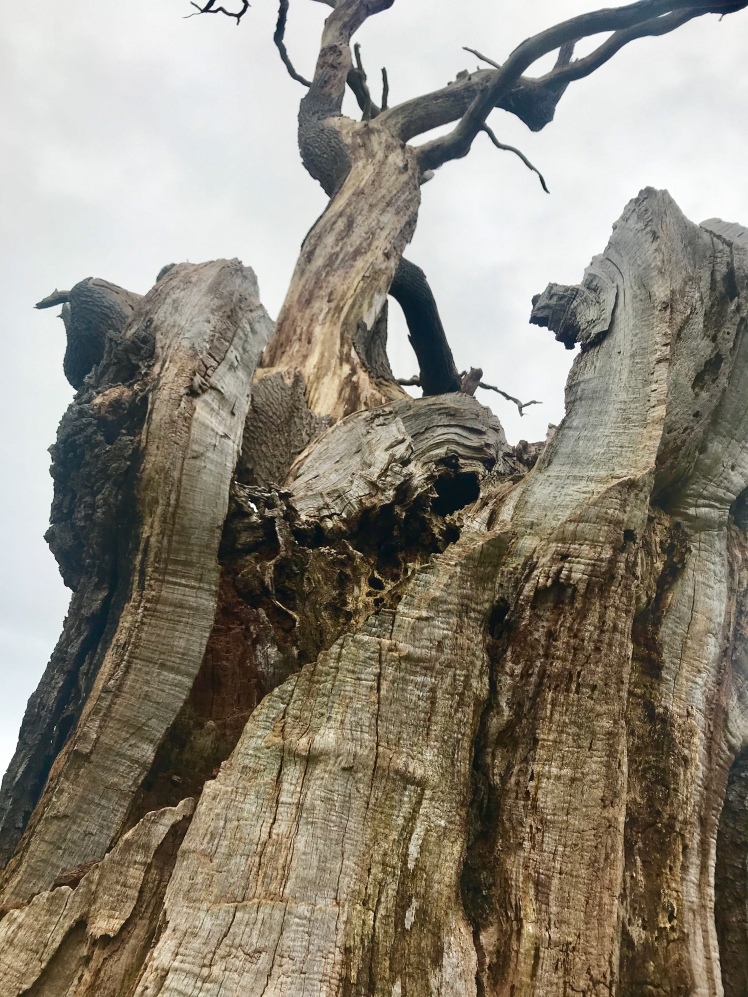 inside the tree there were tiny colonies of fungi making a landscape of their own.

The tree was disintegrating , the closer you looked the more it was breaking down.

The statues in the garden were rather good

the lichens on this stone ammonite caught my eye. 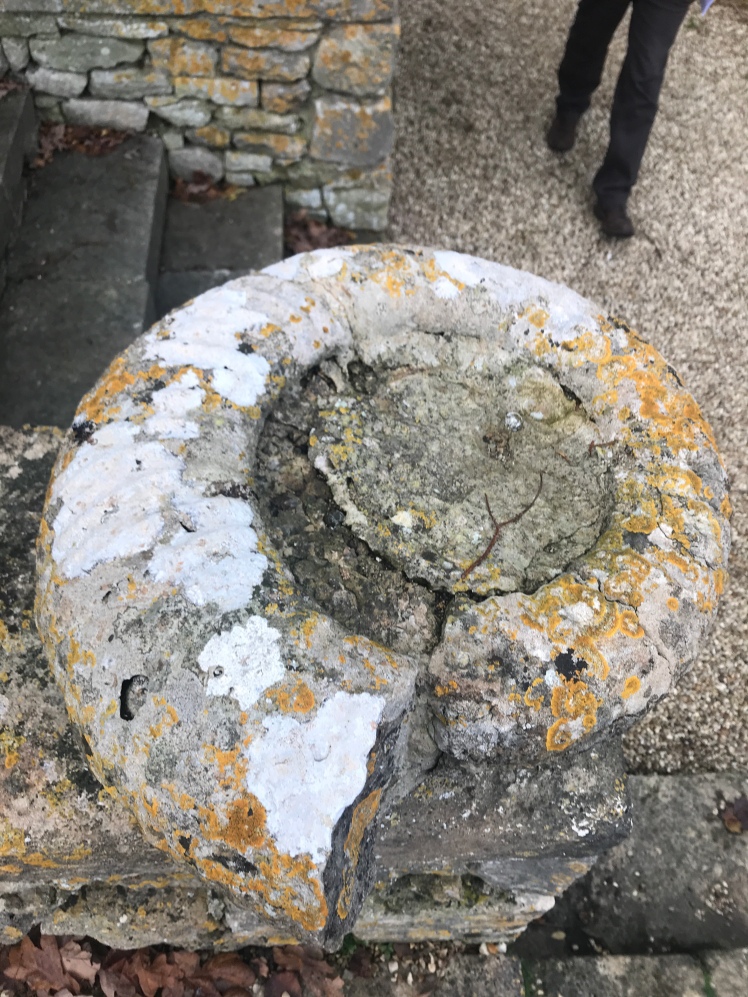 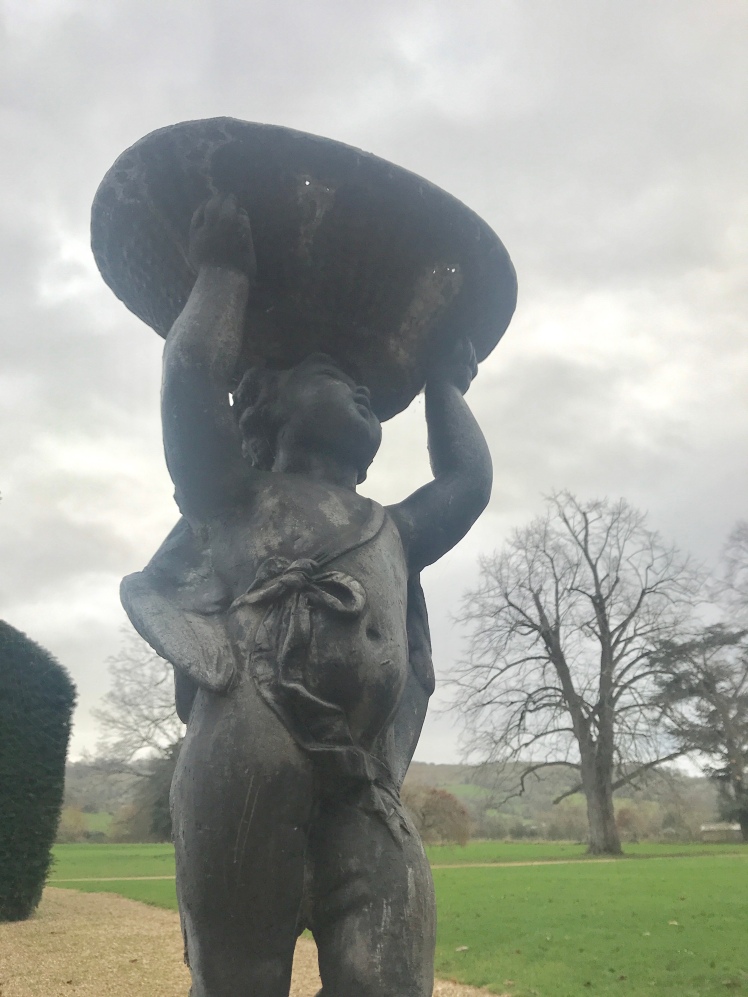 Driving home, the fields were full of fat pheasants, lapwings and big groups of crows. The temperature on both days was a rather damp balmy 12 degrees centigrade, certainly did not feel like a December day.

One thought on “Partridges galore but no Pear trees!”