Today I travelled to Ely in the Fens. There is the most beautiful cathedral which is incredible. However while walking through the grounds there was an amazing plane tree. Huge and wide, we were amazed at its shape and size.

Through the stone arch we were struck by the biggest plane tree we had ever seen. Truthfully we stopped open jawed staring at the amazing tree.

On return home now sitting in a car park dropping off to a music group I just typed in plane tree Ely.

Amazing this is the largest plane tree in Britain planted in 1680 !!

I didn’t take a photo of this monumental tree but I did take some photos of the other plane in the grounds. 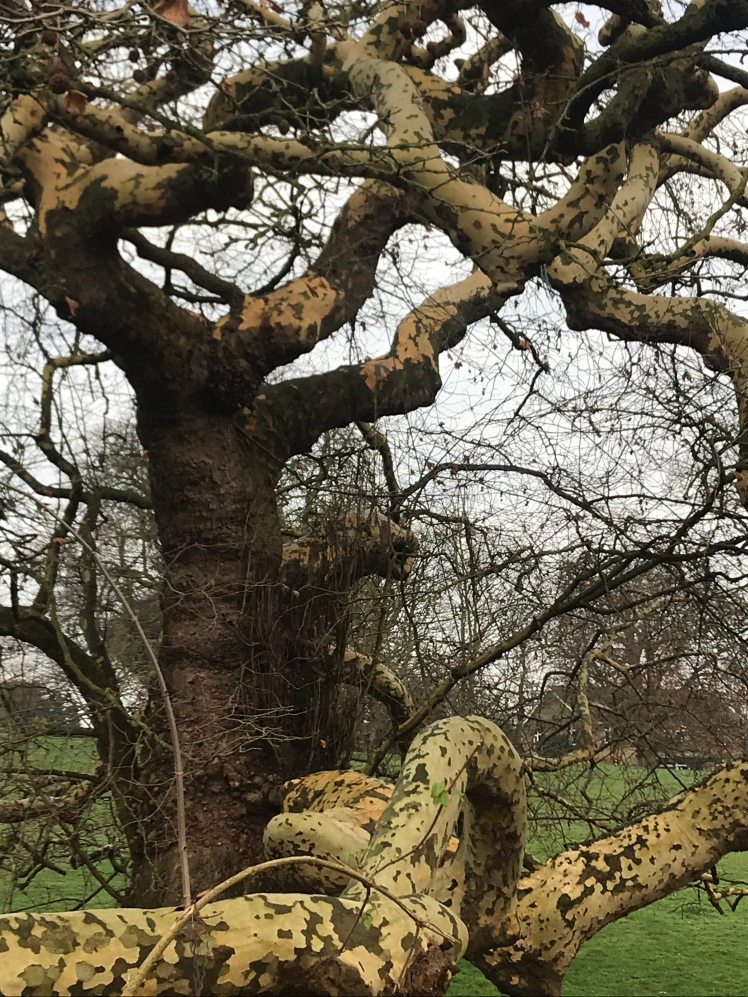 I have found an old postcard showing this trees position with the amazing cathedral too.

In June 2002 and in celebration of the Queen’s Golden Jubilee, the Tree Council designated the Great London Plane Tree of Ely as one of the ‘Top 50 British Trees’ .

Here is a little bit of history about these plane trees.

After the ravages of the Civil War, restoration projects in Cambridgeshire included the Bishop’s Palace at Buckden and the Bishop’s Palace at Ely. They have given us the oldest living examples of the London plane in England. At Buckden, Robert Sanderson, (Bishop of Lincoln 1660-1663), is said to have been presented with two London planes; both are still growing healthily and one has reached a great size. At Ely, Peter Gunning, (Bishop of Ely 1675-1684), also planted gifts of trees, a London plane which is now a massive tree, and two Oriental planes.

The London plane at Barn Elms, London SW13, is probably from about 1685, planted on lands then belonging to the Archbishop of Canterbury. It is London’s oldest and largest plane.

Interestingly there are stories about the London plane and how it came to be . It is a hybrid between the oriental plane and the American plane and was brought to Britain from Spain.

They are easy to identify as their bark is characteristically colours and flaky and they have spiky ball like seeds. 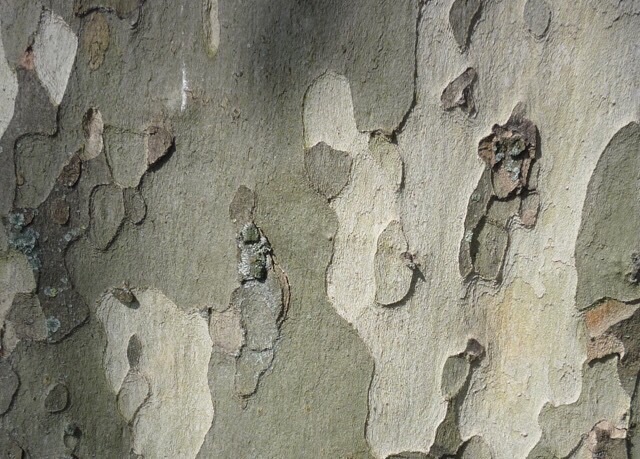 Amazing what you can stumble across when out and about !!