Another day with some sun, bumble bees were busy exploring, flying at low levels , slaloming between plants. They were somehow impossible to photograph in their haphazard journeys. It was great to see them active, they were joined in flight by flies in large groups around vegetation and the waters edge. 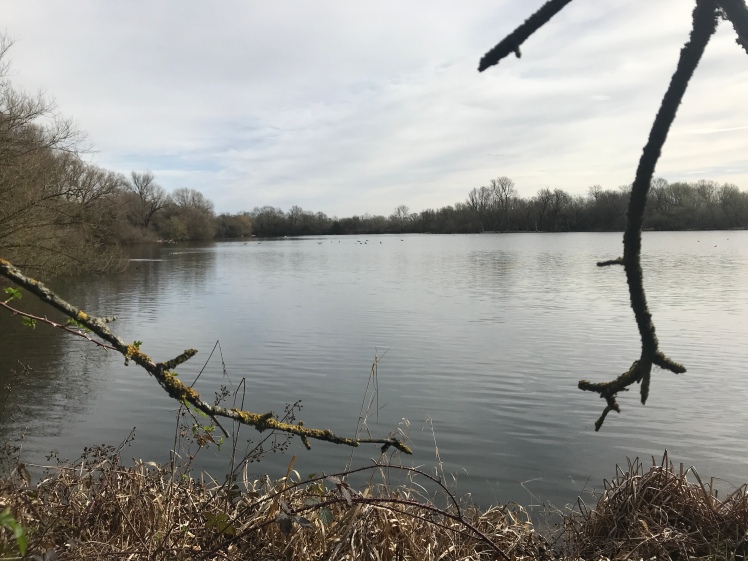 The geese were very loud and busy and constantly flying over , this fly past is much harder to photograph than you might think.

A group of three sped past , honking loudly . Only this one just managed to have its photo taken . It is a pink footed goose (Anser brachyrhythus) The main geese we saw today were the Canada Goose (Branta canadensis).

The Canada Goose is an introduced species, they are very vocal birds making a typical honking sound. There are 62,000 breeding pairs in the UK and 190,000 wintering birds.They eat vegetation, grass, roots leaves and seeds.

This swan on the river was not impressed with the geese and herded them away from its area.

The geese were a little easier to photograph as the took off away from the swan. 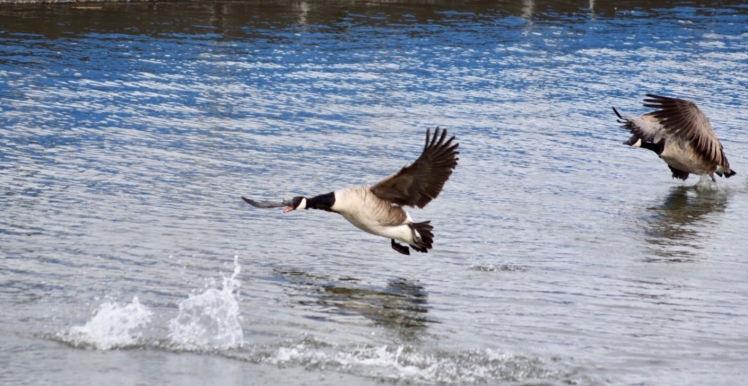 The bumble bees were searching for food , the number of flowers are increasing, White Dead Nettle was flowering in the woodland edge.

In the wet meadows milkmaids (Lady’s Smock ) was starting to put on a show which seems early. I love these delicate flowers. They favour damp meadows and stream banks.

One bird that spent most of its time flitting and climbing rather than flying was the wren that was hopping about by the waters edge. 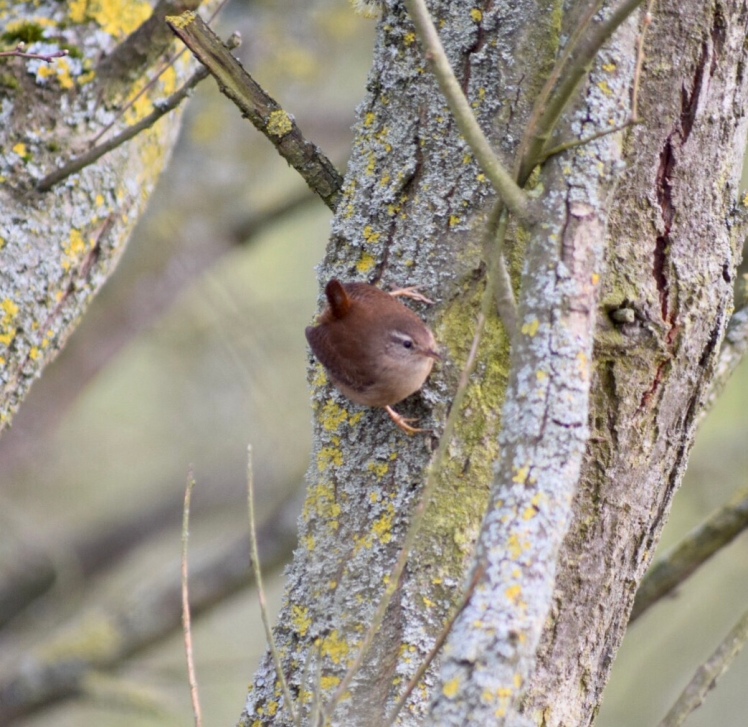