Although it is still November the pigeons were feasting on Christmas. The holly trees along the banks of the river Cam in Cambridge are loaded with bright red berries.

They are a banquet for the birds and the pigeons were busy taking their fill.

Holly is a tree that makes us immediately think of Christmas. We are scouting the hedges for berry laden branches to bring into the house with handfuls if ivy to decorate and bring in the spirit of Christmas.

Holly appears in Pagan folklore as a figure called the holly king who rules nature between the summer and the winter solstices.

Christian legends say that holly sprang up under Christ’s footsteps.The spiny leaves represent the crown of thorns and the red berries drops of his blood.

Holly trees were also traditionally known as lightning conductors and were often planted near houses.

In folklore holly is thought to have protective properties. It is bad luck to fell an entire tree. They are often left taller than the rest of a hedge.

Holly definitely makes us all think of Christmas time and I will be making wreaths and filling pots for the house to make us all feel full of the Christmas spirit.

The pigeon was definitely feeling full of the holly too. 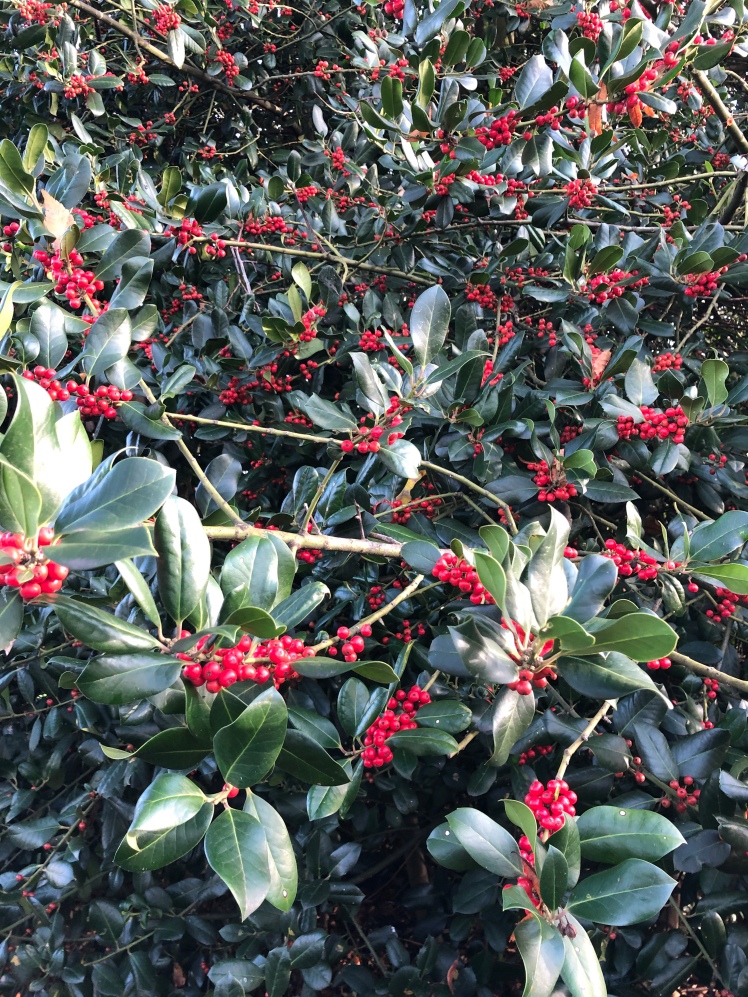