A visit to Oxburgh Hall in Norfolk included a skating display by hundreds of pond skaters on the surface of the square moat.

Nature table explorer Tim had a close look at them.There were literally in flotillas of skaters moving really fast.

They were difficult to photograph with the phone but it shows how they sit on the water. 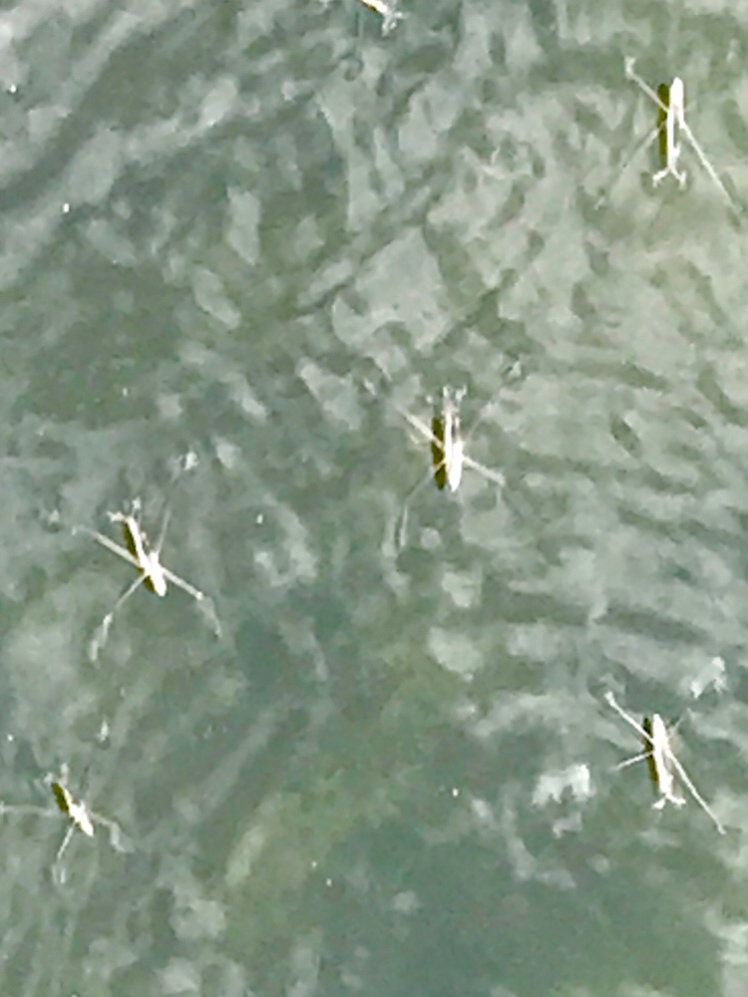 The common pond skater(Gerris lacustris) is covered in a layer of silvery hair that makes it water repellent. They use their middle and rear legs to move around mainly running sometimes hopping. The back legs act as a rudder.

They are insectivores and sense insects through vibrations in the water and use their front legs to catch and then hold their prey.

They feed by using sharp piercing mouthparts called a rostrum or beak to suck the juices from its prey !!

The moat at this Elizabethan Hall was full of fish and pond snails and Ramshorn snails as well as the sensational skaters.