11am drinking a coffee in the gazebo at the back of the garden , a quick movement made me focus on the previously invisible web. This perfectly engineered food net was in a wind tunnel on the side of the gazebo and had caught a large fly bringing out the engineer to deal with its brunch. 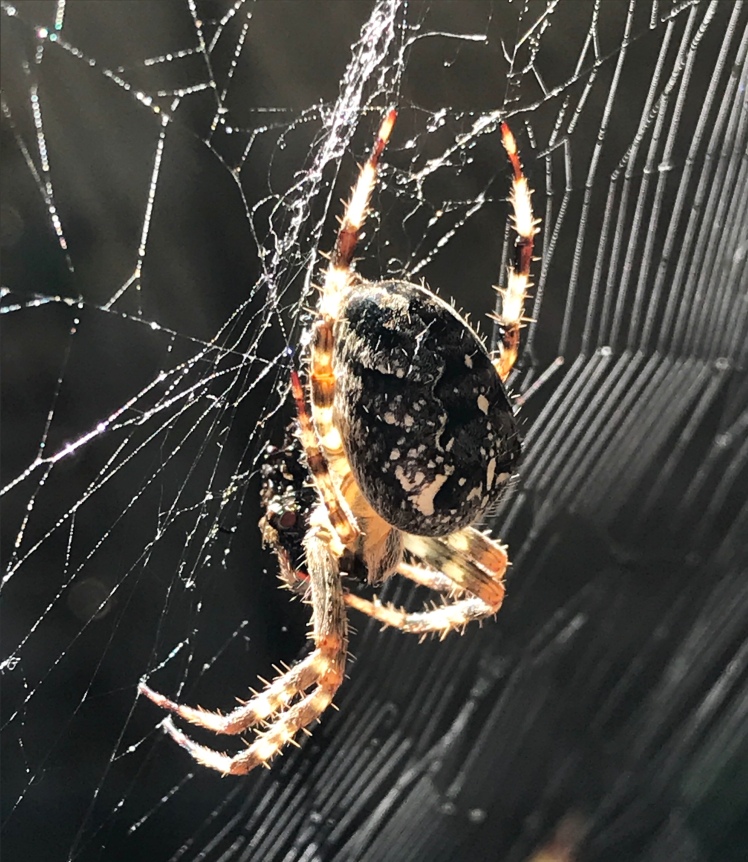 The web was so successful, when I came back out in the evening it was decorated with literally hundreds of small flies. 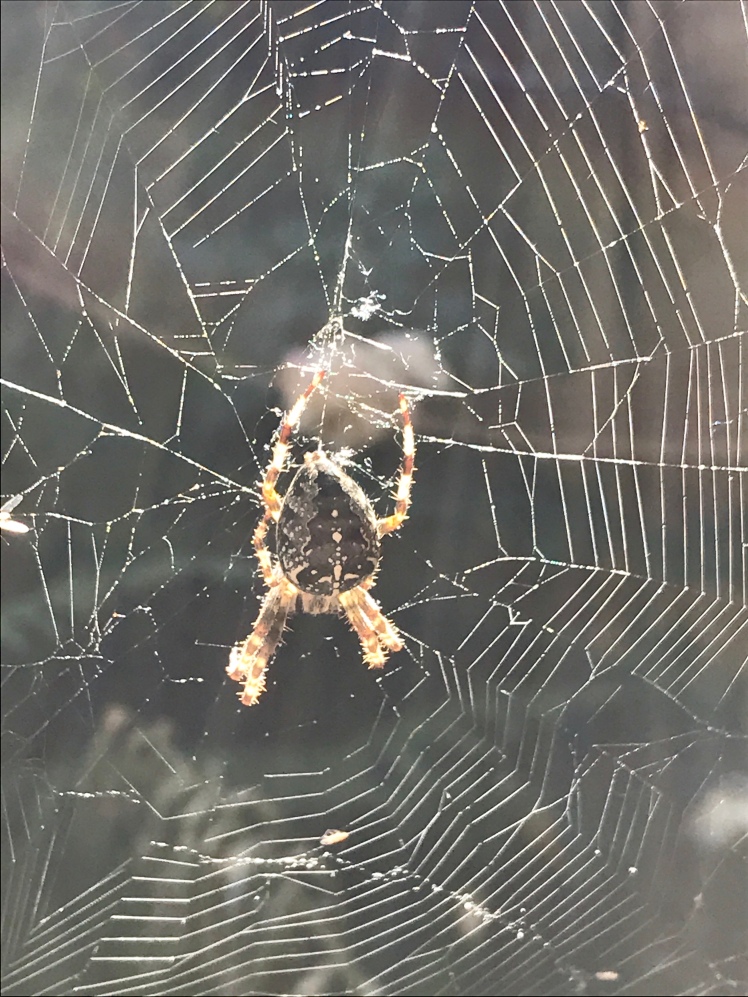 These spiders spin orb Webs with a lattice of threads at the centre. They have a signal line leading from the central hub to a retreat. The female spiders survive into the autumn, in Britain the spiderlings take two years until they are mature.

This female was enjoying a large black fly. The video shows how she deals with it( excuse the noise of the builders and the dog wanting attention)