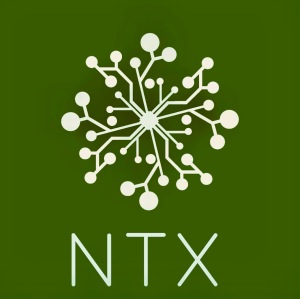 There are lots of swans at Rushden lakes. This is a series of gravel pits that now is home to a outdoor shopping and leisure destination and nature reserve with walks all rolled into one. I probably walk around the lakes every day.

There is a pair of swans that have built an amazing nest next to a coffee shop in an area that usually stays dry. This winter and spring the lake has been extremely high and the area has attracted the swans.

They spent weeks together biting off reeds and completing a platform and then started laying amazing blue eggs. Eventually there were nine eggs.

Watching these swans everyday along with passers by has been wonderful and we are waiting for the arrival of the cygnets.

At about five o’clock a couple of nights ago I watched the swan change over. The female stood up and spent time carefully covering the nine eggs with the layers of feathers and down. She moved off the nest and swam off . The male climbed in to the nest but didn’t sit on the eggs he stood as if on guard. This was the first time we had seen this change over.

Along with the swans there is also a pair of coots very close by . They have seven eggs .

There are a lot of swans at the lakes and there are several nests as you walk around. Watching there behaviours on a walk as they see off geese and ducks and younger swans is always really interesting.

Really looking forward to the cygnets.

Holme Fen is not far from Oundle and Peterborough and is a National nature reserve full of interest.

It is part of an area of fen containing two National nature reserves being developed to create a larger more sustainable area of fenland . The project is called Great Fen.

The Great Fen is an expanse of nationally significant fen landscape between Peterborough and Huntingdon, Cambridgeshire. The area contains many farms and villages as well as two National Nature Reserves, Woodwalton Fen and Holme Fen, home to some very special wildlife.

My first visit was to an area near the Holme posts. These are tall metal posts that were driven into the surface of the peat in 1850. These post stand tall above the land surface now as over time the peat has shrunk due to drainage. The peat shrunk dramatically changing the landscape.

There is a really varied environment to discover here on one side of the track , woodland mainly silver birch . On the other a mere with water birds. Both our trips have been in February, there are thousands of foxgloves ready to look spectacular in June. Definitely worth more visits through the year.

One of the features of the woods are the horse shoe bracket fungus . There are a large number of fungi to discover at this site. While walking woodpeckers are drumming and small birds are flirting around constantly.

The colours of the bracket fungi in the leaf litter is fantastic.

Looking up at trees with fungi making fantastic shapes.

There is plenty of green in these woods with bright green mosses and fungi.

The ditches that run along side the woods promise to be full of dragonflies and damselflies as the year progresses.

Snowdrops carpeted an area of wood which wasn’t dominated by silver birch and looked fairy tale like in the the moss.

There is so much to see and discover at this amazing place . We will be back through the year .

I have just got in from a walk in the sunshine with no coat!! What a lovely feeling. Yesterday we went for a walk in a local wood. It is a patch of ancient woodland mainly oak and ash. There is an interesting understory full of guelder rose and crab apples.

This wood is full of fallen trees covered in moss and lichen . There are thousands of ash saplings forming little low forests.

What was great to see was the signs of spring . There were bluebell leaves up, lords and ladies in leaf. There were dogs Mercury uncurling and primroses galore and some just in flower. A lovely feeling that spring is coming.

On this walk we encountered a stoat, bullfinches and a red kite. Looking forward to more walks where I can ditch the coat!

All walks at the moment are muddy and often through water . It has bought the lake and the river closer and closer together and the path is getting very narrow between them.

The swans were busy on the ‘new’ bank building an area of twigs and soil together.

A walk at Radwell needed the use of the raised pavements as the Great Ouse has burst its banks in a spectacular way. The floods are huge. The water is moving really fast across the fields.

A walk across the pavement

As we were on the pack house bridge at Radwell looking back a Range Rover made its way through the water. I was amazed , it had the high exhaust. We spoke to them as they landed in the bridge. They were grinning from ear to ear and water poured out the car as they opened the door.

It has been so wet for so many weeks that the level of the local lakes are so high they have literally spilled over and are rushing into the river Nene.

We have been lucky here in this last period of rain that the flooding hasn’t affected houses as it did just after Christmas.

The rise in the level of the lakes has brought the swans and other water birds closer to the path as we walk round.

The woods have literally turned into swamps.

I noticed today that the herons are in the heronry on nests . The great egret flew over us landing on the far bank. There are large numbers of water birds on the lakes . The cormorants have increased in numbers and are always great to watch as the dive or sit drying their wings. I’ve also noticed the large numbers of squirrels running and leaping amongst the trees over the last few weeks.

At this time of year the Moss and the lichen are the high spots of colour . A recent walk at Oundle ( which also had plenty of flooding) had plenty of emerald green moss on the bridge. A high spot of colour on a really dull day.

At this time of year it is often the seed heads and structures from last year that catch your eye . On cold days they look really interesting.

Felmersham Sits on the banks of the river Ouse and has a lovely bridge which in the summer is a spot for paddling, swimming and canoeing. After the rain the river was fast and high and was running a muddy brown colour.

We have often put our canoe in here and paddled up through tall reed beds full of lovely wildlife , dragonflies and kingfishers and people tell me otters( not seen one yet)

We walked along the raised up pavements ( lots of flooding in the winter) to a wildlife trust area of gravel pits that were dug in the 1940’s. They are a long string of lakes ranging from very large to pond size and are really interesting.

There are still plenty of leaves on the trees but the colours are changing daily and the flowers are fading. On this walk there was a lot of mud to negotiate after days of rain.

The fields have been ploughed and looked a lovely colour in the morning sun.

Back along the raised pavement and across the bridge. I though the mosses were really lovely on the bridge.

A nice walk early in the morning after the rain which had been keeping us in the house for days.

We were in London on Thursday around the Paddington area. We were surprised by the canals and the area known as little Venice. The Grand union canal flows into this area. The weather was good and it did not look as if we were standing in the middle of a busy capital city !

The amount of water and wildlife really took us by surprise. There were cormorants diving in the canal.

There were lots of water birds and they all seemed very confident and obviously used to people feeding them. A group of coots followed us along the bank.

This was definitely an interesting place to explore

A damp walk this morning, full of colour from fallen leaves. The leaves were collecting on the lake edge and looked lovely.

On closer inspection they are a real variety of colours and look like a wallpaper or fabric.

They collected between the trees which were moss covered. The colours were bright and vibrant on a very dull and damp morning.

Further along the path the trees change so the lake edge was decorated differently.

The mosses are more noticeable now as the flowers fade and the branches lose their leaves.

I noticed lots of people collecting a few coloured leaves on their walks, they are so lovely at the moment.

Looking forward to more colours as autumn moves on.

Batsford is a favourite place of mine. Whenever you visit this arboretum you discover something new. At the weekend colour was the main event.

There are a large number of Japanese maples at the arboretum some of them large and extremely beautiful at the moment.

I like the shape of some of the trunks and branches that are twisted and curled.

The large beech trees and sweet chestnuts are spectacular and the leaves are changing colour and falling , making their structure even more impressive.

There is so much to see, trees, shrubs and flowers still out . Plenty of birds and squirrels as well.

Amazing colours,a great place to explore again and again. They also make fantastic cake . We sat on the terrace with coffee and cake enjoying the wonderful views !

Most days for the past couple of weeks have included rain. There has been misty, drizzle and down pour varieties . The outcome has been very damp walking. The lakes are high and the river is running fast. The light has been mainly dull but there are some bright colours in the changing leaves and berries.

There have been plenty of slugs and snails taking full advantage of the damp weather and my ducks who live in our garden have been enjoying the rain so much they seem to rain bathe !

The colours are gradually changing and looking lovely especially in the early morning or the evening sun.

The garden still has some colour but it feels as now is time to prepare for winter and trim and set for next year. It has been a fantastic year of gardening. Time to plan for 2021.

A couple of days ago a goldfinch flew into the french windows. It looked dead but after a warm up and ten minutes sitting in my hand happily flew off with its flock. An amazing close encounter with a beautiful tiny creature.

Hoping for less rain in the coming weeks to spend more time out exploring as Autumn move on.